Aakash Ahuja on social media addiction: It’s like living in an illusion

Thapki Pyaar Ki 2 actor Aakash Ahuja believes that social media addiction is like living in an illusion. “I believe people spend a lot of time on social media. It takes you away from real interactions and real emotions. I think people are busy trying to attract other people or impress other people by showing them how happening their life is instead of being in the moment and enjoying that moment with the people around them. I think it’s living in an illusion and I believe that life was pretty simple before social media,” he said. 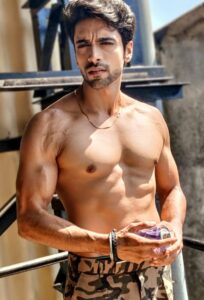 Time management in the current scenario has become quite a task for many. “I believe that it’s all in our head. If the person is mentally sound and focused, time management will not be an issue. But that is what we lack these days – patience. And I think that’s more of an issue than time management. The attention span has reduced and people don’t have the patience to listen to anything or use their own head,” he said. Everyone is very occupied in their respective careers, and people who belong to the entertainment industry are often seen and heard complaining about lack or shortage of time. Agreeing with it, he said, “Yes because there is less time and more work to do. The job is time-consuming and requires a lot of energy. So it does drain you at times because you mentally get involved. You psychologically put yourself out there. You’re vulnerable when you’re in front of the camera. It’s very tiring, more tiring than any kind of physical work. So there is a time shortage, but that is the game.” 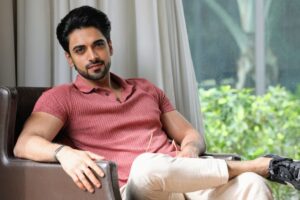 Sundays or offs don’t feel like a holiday now, thanks to communication tools like mobile phones and social media. We have forgotten where to put a full stop. He feels that the same technology which is a boon, is a bane too.

“Social media has killed personal interaction. People don’t have patience to sit and talk to the other person or even their loved ones. We’re all happy to have pictures which do not really show the real picture inside the other person’s head because everyone is always smiling and always very bright with all the editing tools. But that’s not how life is. So yes, I think it is very delusional,” said Aakash Ahuja.

Everyone gets the same 24 hours, but sometimes those 24 hours don’t seem enough. Sharing two time management tips, he said, “I think just sleeping on time and waking up early. If you’re awake early in the morning, it is easier for you to plan your day and go about it.”

Vijayendra Kumeria: Accept yourself and be young forever