“Everything has its pros and cons and overexposure plays with the mental health of a lot of people. Moreover, more than awareness it creates chaos in the mind of people. It creates insecurity. In the corona situation, people started getting information on the number of COVID cases for awareness, but when people started searching for it over and over then they started living in fear. In fear, people end up doing something unexpected and because of that, some go into depression,” he said.

According to him, the youth is the hope, but their thought process must be channelised in the right way.

“The course of education plays a very important role. They need to be educated and there has to be a system where there is a control in the flow of information. There is no control in good or bad, but things can be moderately released,” he said. 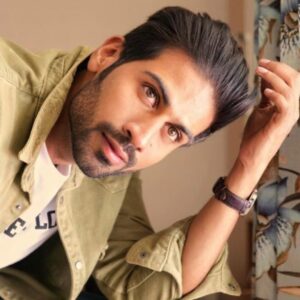 The youth is the hope of our future and it is believed they can bring about a social change, but many times their political views affect it.

“The youth can and they are bringing about a lot of social changes when it comes to riots. The social acceptance of everything is coming very nicely, but yes political views affect them quite a lot. It creates a lot of disturbance,” he said.

Aman Maheshwari feels that technology has made youngsters lazy because everything is available at a few clicks.

“Everyone is now going for the artificial medium to get into fitness. They are walking on a treadmill instead of going to parks or going for a run outside. Everything around is luxury for them and this is also killing a lot of employment sources,” he said.