It was an injury that forced Dr. Akash Sharma to quit boxing for a while, as a result, he gained a lot of weight but bounced back due to his work commitments.

He said, “I had lost all my muscles and gained at least 24% body fat. As I had my contract with a promotion company to complete my fitness photo shoot and advertisement, I was left with just three months to work on my physical self.”

“I used to train for three hours every day, morning from 4 am to 6 am and then from 9 pm to 10 pm in the evening. It took me 90 days to completely transform my body, and I finished my commitments easily,” he added. 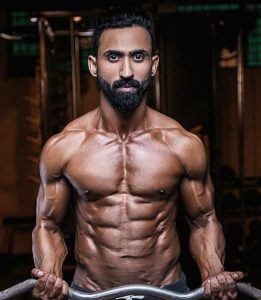 He also stressed that there is a big difference between boxing and fitness modeling, and said that one requires you to look good along with physical fitness. He added, “You should know how to face the camera. When I initially went in front of the camera, I used to face difficulty but later I got used to it.

But is it easy to maintain your physical fitness given your schedule? “My challenge was that I had to simultaneously do my work as a doctor, prepare for boxing and also work on my physical transformation for a photo shoot but I managed to do all of it,” Dr. Akash Sharma added.

The doctor says that he has also changed in the last few years. “I can see in the last 3 years I am more compassionate than before. I get great pleasure talking to my mother and I am also focusing on my boxing training,” he says.