Florian Hurel: Over indulgence in social media can make one feel less competent

Hair and makeup artist Florian Hurel says that social media is seen by many as a platform to compete with friends and peers, and when one overindulges in it, it can make the person feel less competent.

“Social media can make you feel connected, which is a good thing. However, in most cases it’s a platform to compete with friends and peers, where we want to boast who has had the best meal, clothes, vacation or in simple words, who is having the best life. Overindulgence can make one feel less competent and also lead to depression,” he said.

Florian Hurel also spoke about time management. “If everyone one around us starts being punctual and respecting each other’s time, we would not face a time management crisis,” said the celebrity makeup and hair artist. 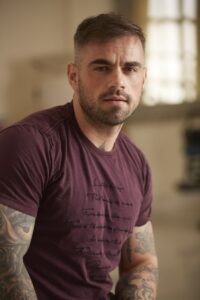 Everyone is very occupied in their respective careers, and people who belong to the entertainment industry are often seen and heard complaining about lack or shortage of time. “Yes, it’s a fact. We see around us that people not only from the entertainment industry but various streams are complaining as everyone is now wanting to excel in their career graph and not be seen as a mere executive in a company, so they are willing to take on more than what time permits. However, lack of an execution plan for their commitments creates a shortage of time,” he said.

Sundays or offs don’t feel like a holiday now, thanks to communication tools like mobile phones and social media. We have forgotten where to put a full stop.  “There are times when we go on non-stop. However, the same tool brings us closer and cuts travel time. Today, we can have Zoom calls around the globe. So an hour on Sunday can be used to finish a meeting in a different city rather than spending hours on the same Sunday to travel,” he said.

Everyone gets the same 24 hours, but sometimes that 24 hours don’t seem enough. Sharing two time management tips, he said, “One would be, being proactive. It helps you to get prepared for a task you’re expecting. The other is planning. Planning is a key to executing any project or task. If you are well planned, you are sure to not lag behind.”

My journey of calisthenics from aesthetic: Satyam Gaur