Lose Fat, Get Fittr, a book authored by Jitendra Chouksey

60 years old actor and businessman, Suniel Shetty is giving major fitness goals with his workout videos and charismatic personality which has enabled him to stop ageing, well almost. With every workout post on his social media, he proves that age is just a number and fitness is not an option but a lifestyle.

Suniel Shetty on his Instagram story shared the secret mantra to his fitness- Lose Fat, Get Fittr, a book authored by Jitendra Chouksey (popularly known as JC), Founder and CEO, Fittr. The actor mentions in the story, “This is one of the best books he has read on wellness and fitness which entails that you do not need to invest in expensive equipment or expensive diets. Instead focus more on your emotional, mental and physical wellbeing and willingness to workout which is synonymous to what I also believe in.” 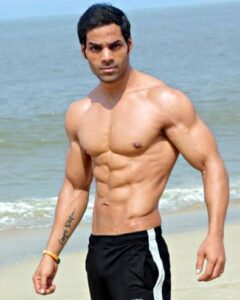 Anna also gave credit to JC and the entire Fittr team for his fitness transformation in the past one year and urged his audience to read Lose Fat, Get Fittr as it will help do wonders to one’s fitness journey.

Suniel Shetty owns a minority stake in Fittr, one of the world’s largest community-based fitness brands.

In 2019, Suneil invested an undisclosed amount in a Pune based online health and fitness start up Fittr. Its founder Jitendra Chouksey launched Fittr in January 2016 as a community on Facebook to address the challenges in the fitness industry, Fittr now claims of over 100,000 fitness transformations, and a highly engaged community of 550,000 members. Its mobile app, Fittr, has received more than 500,000 downloads since September 2018.

Shetty has appeared as a host for India’s leading fitness reality shows Biggest Loser Jeetega on Sahara One. and India’s Asli Champion Hai dam? on &TV.

He is the owner of the production house Popcorn Entertainment Private Limited.[5] He has produced a number of films including Khel – No Ordinary Game, Rakht and Bhagam Bhag, under the banner of Popcorn Motion Pictures.