It’s no exaggeration to say that reading has been a lifeline for many throughout the Covid-19 pandemic. With the world on pause, many found themselves reading more than ever. While pandemic led to increased readership it also gave rise to many writers. One among them is this young boy, Puranjay Khanna whose debut book titled Second Star got released yesterday amid renowned dignitaries.

The Chief Guest of the book launch event was The Honorable Ambassador of the Republic of Estonia in India Her Excellency Ms. Katrin Kivi. Even the Guest of Honour, Mr. Sumit Mullick, the Chief Information Commissioner of Maharashtra was present at the event. The book launch event also saw Mr. Denzil Smith and Captain Alwyn Saldhana. 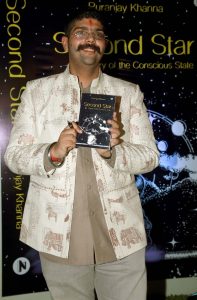 Puranjay Khanna was born in Delhi but raised in Mumbai. The young writer studied in Bombay Scottish, Ecole Mondiale and later went onto Brunel University for Under-graduation in Business and Management followed by Post Graduation in Global Enterprise and Entrepreneurship from South Hampton University. Currently, working with his father, Puranjay came up with the idea of writing a book during the Pandemic.

“I chose to not waste my time during the lockdown and chose to spend my time writing about every single thought I was going through as a coping method to get through all of my emotions during that unpredictable time,” says Puranjay. 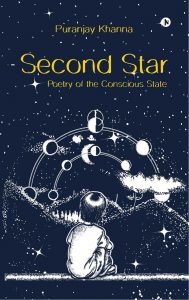 He further adds, “The book is about finding hope even in the darkest and the most uncertain times. Second Star reflects my growth as a human being over the last few years. It’s meant to be highly introspective as well as observational in terms of a world around me as well as myself. It’s about hope, love and anything under the sun that can be defined as life. It’s meant to be thought provoking as well as something that would maybe help a few people and enlighten their path in whatever journey they are on.”

Second Star is a collection of 110 poems and was released under Notion Press.