Zohaeb Farooqui: Alternate days of stretching and Mixed Martial Arts have made me fit

Inspector Avinash actor Zohaeb Farooqui  (who is Subhash Ghai nephew) is fond of Mixed Martial Arts (MMA). He started learning it around 6 years back and shares how he was introduced to the same. 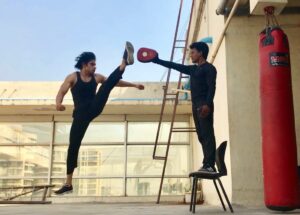 “It was the time when I had some gym injury and the doctor recommended physiotherapy to me. But I ended up hiring a team that does gymnastics and stretching. So I did stretching, improved my flexibility in the body first and then ended up doing MMA,” says the actor, who has been practicing MMA regularly for the last six years without any break.

Zohaeb Farooqui  hired Kuldeep Shashi and Rahul Suyravanshi for stretching. “First they both helped me with the flexibility for a couple of months and then they later introduced me to Raakesh Yadhav for MMA. Since then, every alternate day, I’ve been doing stretching and MMA every morning. This routine has made me fit, I feel light and it also gave me the confidence to walk. It also improved my muscle memory to perform stunts and pick up stunts, and all these invite fewer injuries while working out in the gym,” shares the actor. 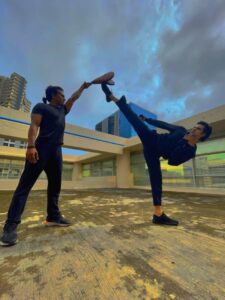 Recently, he got injured as one can’t deny the risk that is always there in MMA. “Yes! All these things happen while performing stunts. Sometimes some judgments go wrong. Recently, while training, my judgement went for a toss and I ended up with a ligament tear in my right knee. Doctors advised for a 6-8 weeks rest. We all make mistakes, after all, we are humans. Now just hoping to get well soon with the help of physiotherapy,” he adds.

Many Bollywood actors want to do their own stunts. So it’s a given that Zohaeb’s MMA knowledge is a big plus. “Obviously! I would love to do my own stunts. It gives a great kick to do our own stunts, but only and only under supervision and safety,” he suggests.

Rajender Singh Pahl: Like everyone else I also dreamt of doing something big, respectful

Ssumier S Pasricha: I can’t have those WhatsApp love and weekend loves

Ssumier S Pasricha: I can’t have those WhatsApp love and weekend loves